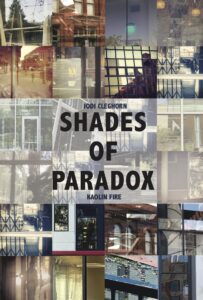 Cut from the fabric of Jeanette Winterson’s ‘Art and Lies’ and inspired by the abstract urban photography of Kaolin Fire, this collection considers the paradoxes of who we are and who we want to be in the tangled complexities of our experiences of love, time, beauty, reinvention and creativity.

Originally created for The Daily Breath poetry subscription, this collection of 62 connected poems is available as a beautiful full-colour chapbook or as a digital download.

Immerse in a sample of Shades of Paradox.

Buy the digital chapbook (Pay What You Want).

Shades of Paradox began with me courting Kaolin Fire’s images on Instagram.  Mid-way through March 2020, I finally approached him and asked if he’d be interested in collaborating on a poetry project.

The text was taken from Jeanette Winterson’s Art and Lies which I had mistaken as a set of essays but turned out to be something even more perfect for this season of poetry than I could have anticipated. 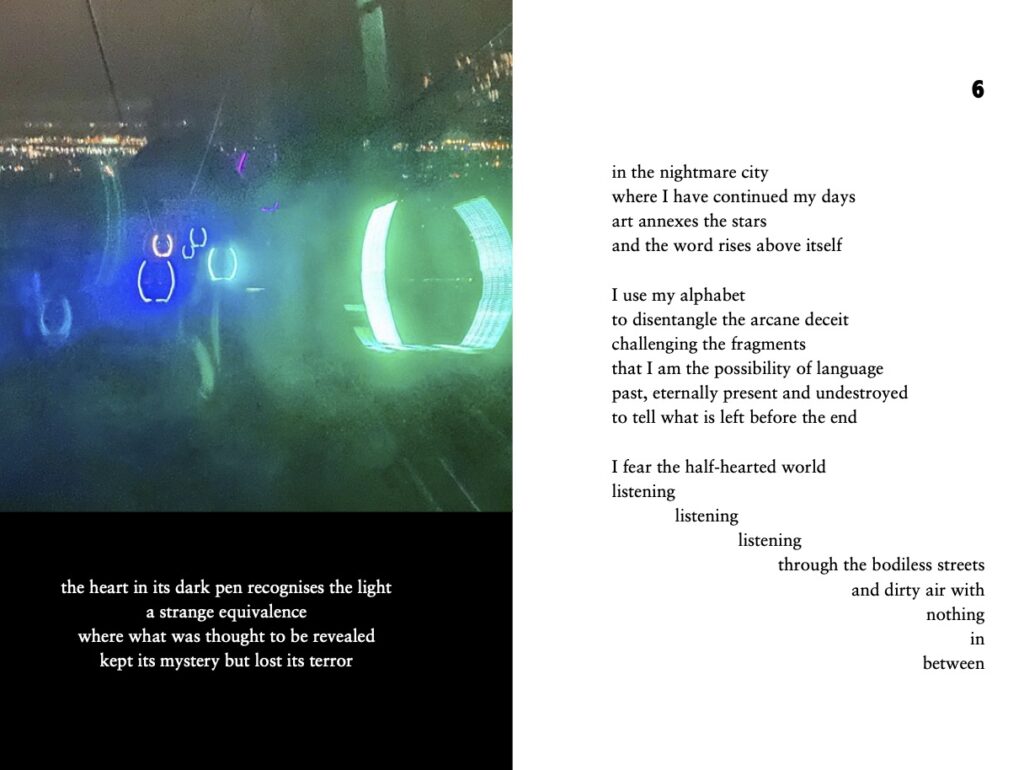 “Oh… this one has such a forlorn hope to it. It’s beautiful in it’s light, and difficult in it’s shades. And isn’t that so like life.”

The creation of the poems was my safe space in May and June 2020, as my world plunged deeper into lock-down and the wider world howled with injustice, erupting in violence.

It took me more than two hours every day to make each poem. They were  between 14 and 17 lines long and as you can see from the video, the postcards were the most intricate I had made.

It was a gruelling creative endeavour, but I found solace in them, as my trauma bubbled to the surface and ate away at my desire to be remain alive on this planet.

The original poems were sent across the world to the subscribers of The Daily Breath and usually that would have been it.

All my poems mean something to me, but the poems for Shades of Paradox were (and remain) more. They were my anchor to stay alive, and I wanted them to be more, as I wanted to be more than a husk. 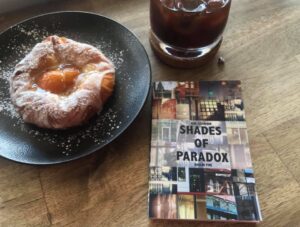 My sights, for a second life for these poems, was initially set small.

I decided I would create a collection, with an extremely limited print run of three for a friend’s birthday: one for Kim, one for Kaolin (who gifted the use of his photos) and one for me. When I started assembling the photos and words in Indesign, late one night in early August, there were so many reasons why it shouldn’t have worked, but there is magick in this collection.

And when I got parts of it horribly wrong, it pivoted itself into a better fit. And then again, when I returned to my (disappointingly imperfect) proof copies a few months after they arrived. I dug into the poems in a new way so they could be the best possible poems, letting go of the need for them to be accurate reproductions of the originals, and in doing so, release them to be what they wanted to be.

For that reason, it is a wee book, perfect to be tucked away in handbags and satchels, to be ready to hand when you might need it most.

My hope is others find a gift in these words as I did; where the words can hold a space, and hold each person, in the extreme of times and in all the shades between.